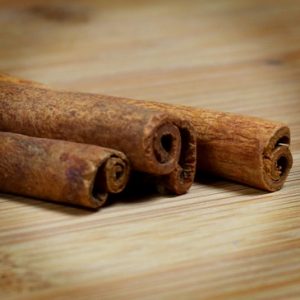 Many great cocktails call for Cinnamon flavors, usually Cinnamon Simple Syrup as floating cinnamon in your cocktails can often lead to small bits of floating undesirable debris. You can double strain cinnamon out of your drinks but the impact of the flavor is mild compared to a properly extracted cinnamon flavor. Sugar extracts flavors very well as does heat; bring both together and you have a beautiful flavor sweetener and it’s pretty simple!

Combine the sugar and water in a sauce pan and turn on the burner to medium/high and stir to bring the sugar off the bottom of the pan and float within the water. As the liquid warms it will begin to turn clear as the sugar dissolves. Add your cinnamon to the warming liquid.

Once you can see completely through the liquid and no sugar crystals remain, add 30-seconds to your timer and let it continue to heat. Once 30-seconds has expired, take the liquid off your burner and set on a cool burner for 10-15 minutes. This gives the liquid a chance to cool and the cinnamon a chance to infuse into the sugars deeper.

After 10-15 minutes, strain the liquid with a fine strainer/cheese cloth to remove cinnamon chips; if you used cinnamon sticks, simply pull them out or let them catch in a coarse strainer.

Note: If you want to make the perfect balance of simple syrup weigh out your ingredients ahead of time, creating 8 oz. [226g] by weight of both water and sugar. You will find that the excess space in sugar (due to the course size of the crystals) do not measure the same in a solid measuring cup vs. physica 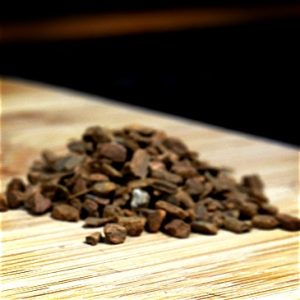 How Long Will My Syrup Last?

You should be able to store your syrup in the fridge for 2-3 weeks. If you see small green dots or swirls floating around in the syrup with little black ‘heads’ attached, the syrup has gone bad and should be tossed out. To extend the life of your syrup for a few additional months, add a half ounce of vodka to the liquid, give it a few shakes and stick it within the fridge.

If you want to extend the life of your syrup for a long period, create a rich simple syrup (2-cups sugar to 1-cup water) instead, and add a half ounce of vodka. Don’t be surprised if this last six months to a year in the refrigerator.

Want To Add Depth to Your Cinnamon Simple Syrup?

If you want to “level up” your syrup flavor profile use turbinado sugar / demerara cane sugar instead of your typical white sugars. The added molasses depth with draw out new flavors in your tiki cocktails and rum-based cocktails.

We get our cinnamon at Mountain Rose Herbs, not only because we’re affiliated with them, but because we chose to affiliate with them after using their herbs and spices to create our own infusions. You can select whomever you want, we’re just telling you the place you’ll find great prices and a great website design that is actually usable (not a common thing for herb/spice websites!)