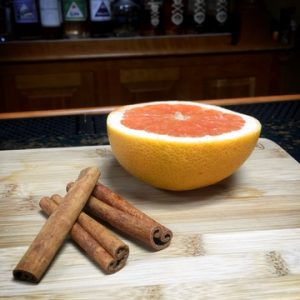 Don’s Mix, another great Donn The Beachcomber “secret sauce” to his tiki drinks, with the highest demand for Donn’s famous Zombie cocktail. So, you want to make a cocktail but you heard the announcement (mainly by us at AwesomeDrinks) that B.G Reynolds’ has halted active production of their “Paradise Blend” formerly known as Don’s Mix? Here is the recipe you can follow:

If you need to do this quickly, you could use a grapefruit juice, but expect a bit more tangy bite in the finish, you may want to cut back a bit on the grapefruit to balance out the cinnamon simple syrup a bit more. Or, for more speed, purchase a bottle of B.G. Reynolds Cinnamon Simple Syrup and bring it together with a few ounces of grapefruit juice.